Nature has a funny way of creeping up on you. Places that were once orderly and landscaped seem to rapidly become wild and chaotic as soon as you turn your back – something any avid gardener will tell you. Even the most carefully manicured of gardens can turn drunk and disorderly if neglected just a little – all it takes is one unruly weed to start the process. But such places are the best places, because they are havens for wildlife. Although on the surface that overgrown tangle may appear a confusing mess, they are often an oasis of serendipity and well worth exploring, for all sorts of beasties can be found there.

Last week I returned home to Newcastle, and just down the road lurks one of these mysterious overgrown spots; an old graveyard. I distinctly remember early expeditions here as a little girl being extremely disappointing – rows upon rows of neat little planters, carefully maintained paths and trees so aggressively pruned it appeared the gardener was on an ongoing crusade for uniformity. And very little wildlife to investigate, so I took my hunt elsewhere. Several years later I returned to find it transformed: nature had certainly taken its course. The trees, as if in payback, are now wonderfully crooked with branches criss-crossing and reaching over to their nearest neighbours. Holly and ivy overrun the whole scene, like a rather over enthusiastic Christmas card, and daffodils have spouted little trumpets of defiance as they cluster randomly about the place. Wild garlic is in abounds too, releasing a gorgeous scent. 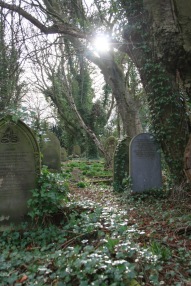 The tombstones themselves are almost unrecognisable; camouflaged by ivy and lichens. The crumbling facades are no longer smooth and grey; instead mustard yellow, dirty white and emerald green. 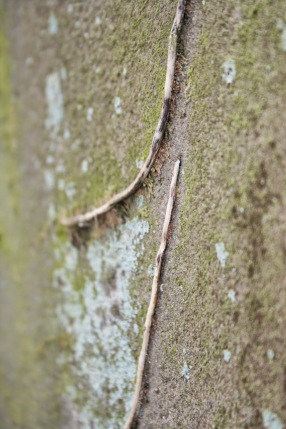 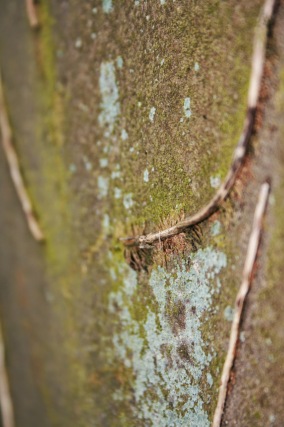 And, naturally, animals have followed. The place is filled with a whole variety of bird song: black birds, goldfinches, wrens, robins, chaffinches – the list goes on. I did spot a chaffinch who hastily disappeared into a thicket of trees, where the unmistakable relentless chirping of young in a nest awaited them. Not wanting to disturb them I didn’t venture into the thicket, but it made me smile all the same. The bats came out at dusk, flitting from tree to tree against a pink-gold sky in the sunset. On the way home, a dog-walker assured me there was also a resident barn owl who roosted in the far corner of the graveyard – hopefully next time I’ll catch a glimpse of him.

These type of places – where nature has reclaimed what was previously lost – are often, to me, the most magical. They have a peaceful air; in the graveyard, plant and animal life are quite happy to work with what we gave them, a bit like us restoring an old house back to its former glory. Just a nice wee reminder that life always comes full circle! 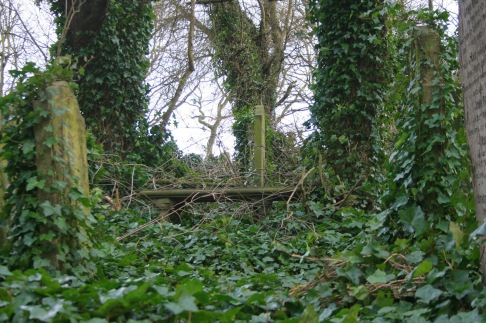