One of the best things about living in Scotland (aside from the copious amounts of whisky) is the fact that some form of wilderness is never too far away. Of course, I use the term ‘wilderness’ lightly – whilst re-wilding is an exciting and rapidly growing concept in the highlands, much of what we perceive to be natural is actually a product of human management. But these areas are still of such astounding beauty they could easily rival other scenic parts of the world that adorn the front page of National Geographic.

Glenmuick is one of these places. Part of Balmoral Estate within the Cairngorms National Park, the valley was immortalised by Lord Byron (http://www.scottishpoetrylibrary.org.uk/poetry/poems/lochnagar) and is most definitely worthy of the royal stamp of approval. As the university owns a bothy here, it has become a favourite haunt of my friends and I – our very own ‘wild escape’ just an hour and a half’s drive away from the city. The bothy itself is nestled in a deep valley amongst patches of dense pine forest, and looks out onto Lochnagar and its border of vast, rolling hills. The best (and for some, worst) thing about it is that it is a twenty minute walk from the car park – what can seem like an age if you have gone overboard with provisions for the weekend – and much farther to the nearest civilisation. Typically being students we aim to arrive early afternoon to complete this trek in the daylight, which means we actually land at about 8pm long after the sun has disappeared behind the mountains.

But this is my favourite part. For me, a true measure of how rural an area is can be found by looking at the night sky. In Aberdeen, the dim orange glow of light pollution means ‘dark’ has a whole other meaning, and only a few measly stars have struggled to make an appearance, like fireflies who have seemingly lost their way home. However the night sky over the Cairngorms is a perfect velvety black with a whole smattering of stars; the air has that crystal-cut quality to it that makes everything seem crisp, clear and magically still. Twice on that walk we heard the eerie whistle of a tawny owl gliding past on silent wings, and the odd cackling sound of a male pheasant somewhere in the distance. At night, Glenmuick is plunged into pitch black, the only clue to your location being the ominous outline of those imposing hills. The big reveal comes in the morning, when the sun arrives to shed light on the breath-taking view from the front door. 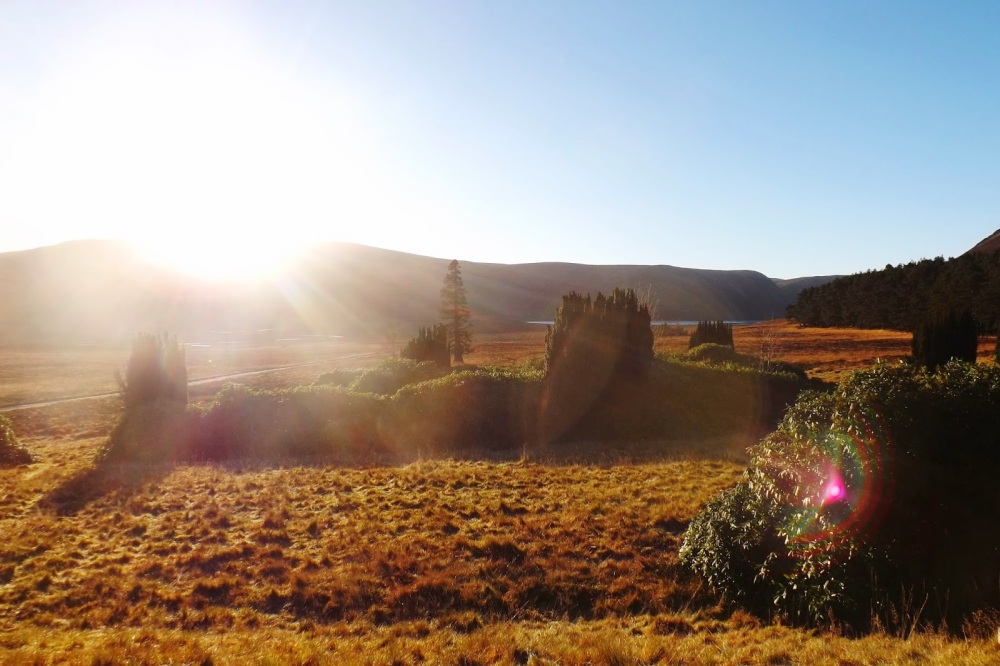 However, as residents of Scotland will only too well understand, glorious sunshine is a rarity. On our first day we were threatened with a fine rain that seemed almost permanent, and Lochnagar was shrouded in a fog so dense half of the hills were barely visible. Naturally, we chose that day to scale the Munro (a name given to any Scottish mountain that rises above 3,000ft). A personal favourite quote of the trip came from my good friend and navigator Tom, who wisely told us to not “stray too far to the left, there’s a sheer drop of about 600ft. If you do fall off give a good scream so we know”. Although a potential near-death experience, it was a fantastic opportunity to spot wildlife. Black grouse were in abounds, their white-circled eyes easily distinguishable in the mist. Although more well-known for their lekking behaviour, male grouse are also known to wander solo outside of the breeding season. I captured this photo of a rather melancholy individual contemplating the bad weather… 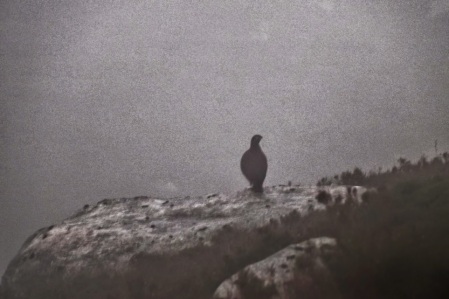 Other spots included several mountain hares, who vanished into the undergrowth so rapidly it was nigh impossible to grab a snapshot, and a common buzzard hovering above a potential snack.

Miraculously having reached the summit alive, we made out descent back down through the valley. The scenery was stunning – classic heather moorland turning the land from fir green to a mixture of deep purple and russet brown, naturally overrun with black grouse – and we followed the river  as it carved its path through the valley landscape. 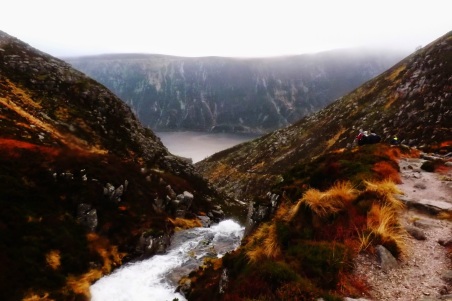 On our way down, we were greeted by a stag who maintained a careful watch from his high post. What remained of the mist served to make him look even more majestic as he stood, still as a statue, and monitored our passing. Stags are a big feature of Glenmuick; the area boasts a thriving population of red deer, whose numbers often creep above the sustainable limit. As a result, the population must be managed and deer stalking is a popular recreational activity. We rarely saw does, but there would often be three or four stags grouped together on the vast plain outside the bothy, and several other more solitary individuals roaming in the distance. What always surprised me was how wary they were of us; I’d always imagined stags to find courage in those enormous antlers and charge relatively easily, yet we could only approach within 50 yards before the bravest would turn and flee. Still, they are the very definition of regal and undeniably beautiful, with coats of deep auburn and straight-necked, proud stances. Visiting in November time we caught the end of the rutting season – ruts were much less often, but still occurred. I was lucky enough to find an antler – an aftermath of a recent fight as it was still bloodied – right outside our front door. It now stands pride of place in my office; a reminder of one of my favourite places in the world. 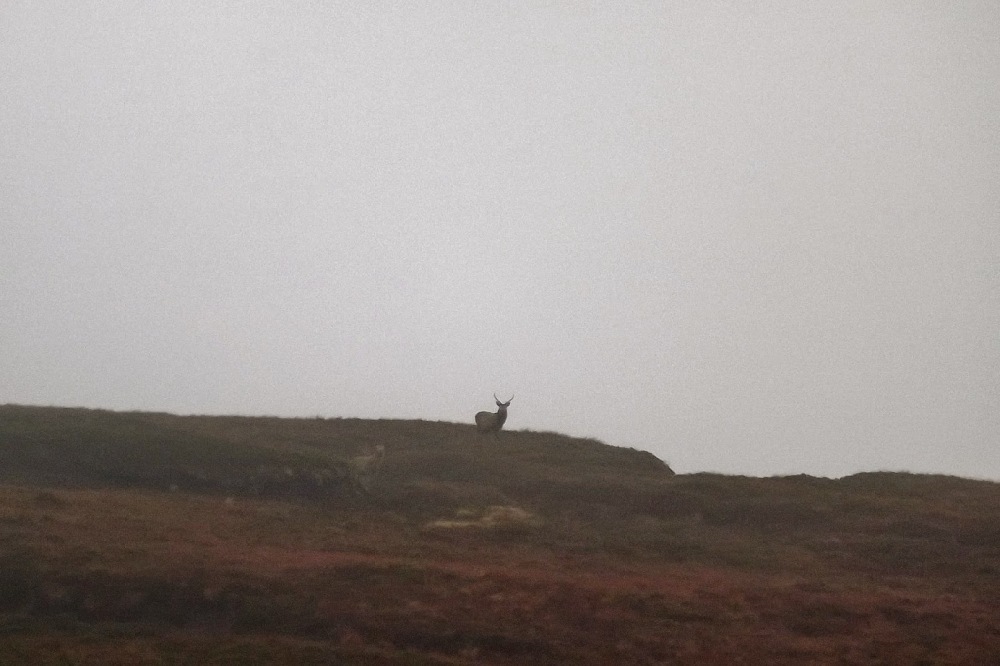